When showing the molecular surface of a subset of atoms (not the entire molecule), then the surface_proximity setting controls whether triangles are shown which are between an included and an excluded atom.

This example demonstrates the color "leaking" from atoms which don't belong to the surface selection. 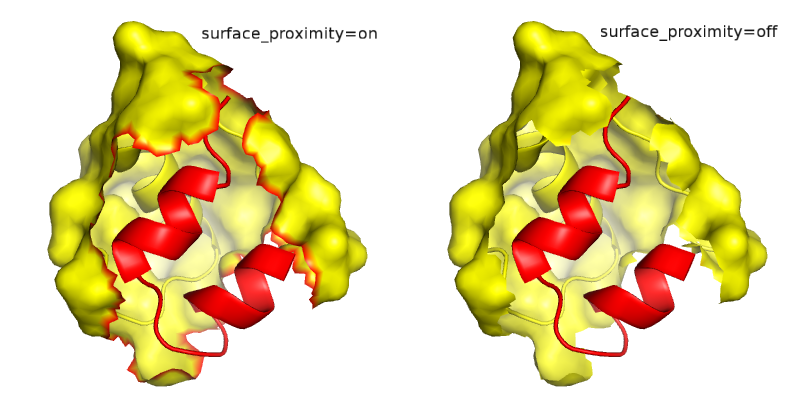