mtsslWizard is a PyMOL wizard for in silico spin labeling of proteins.

The new version was thoroughly tested. If you encounter any bugs or problems, please use the contact address below.

Spin labels can be attached to any position of a protein or nucleic acid just by pointing and clicking. The program then searches the conformational space of the label and determines which conformations of the label do not clash with the macromolecule. In "distance mode", distances between label ensembles can be determined and exported. In "distance map" mode, the program quickly estimates the inter-label distances between all possible spin pairs in a protein molecule. The result is saved as a color coded distance map. It is also possible to calculate difference distance maps between two conformations of a protein. 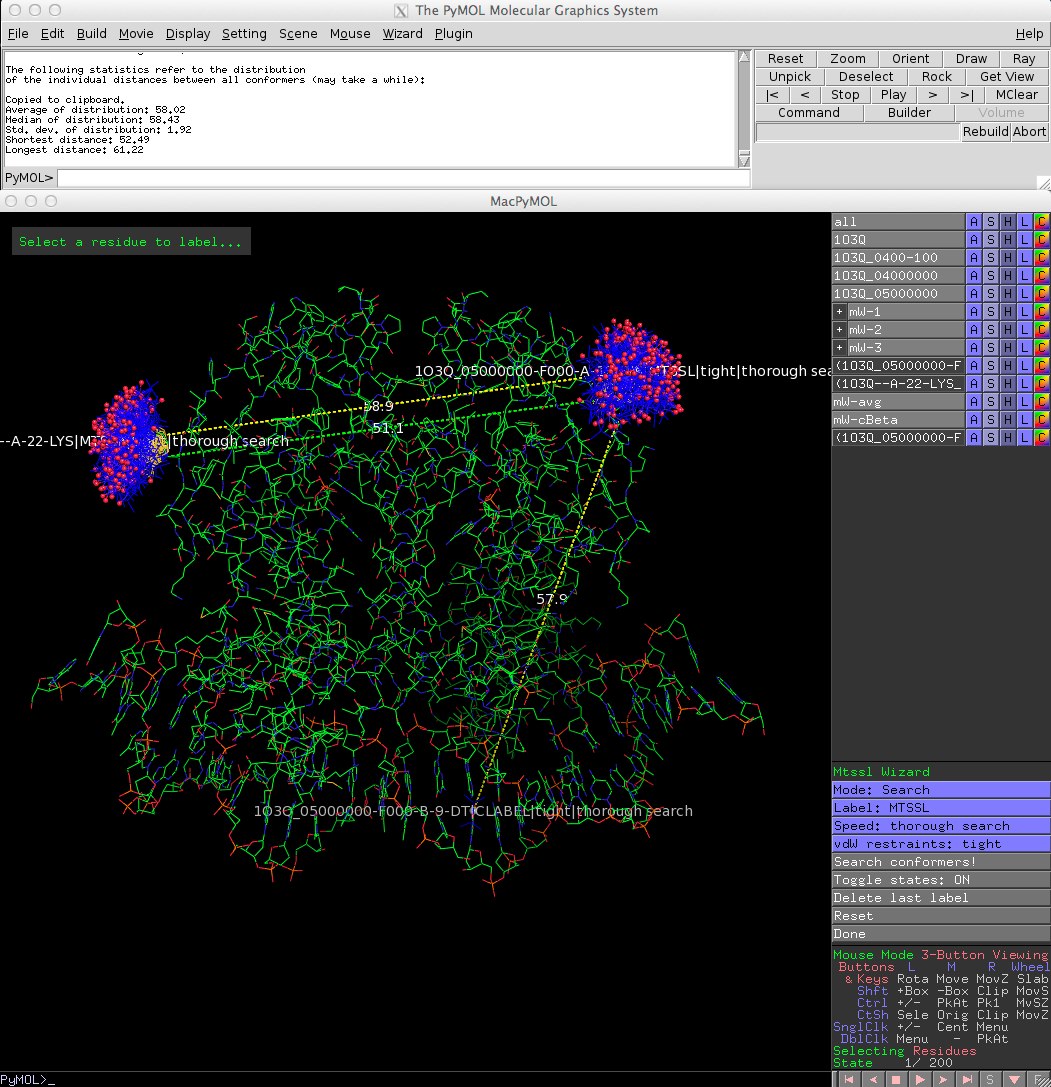 Install the program by copying the code from the link above into an empty text file (e.g. "mtsslWizard.py") located in the \Pymol\modules\pmg_tk\startup directory. After PyMOL has been started, the program can be launched from the WIZARDS menu. Alternatively install the wizard via the plugins menu.

mtsslWizard has been tested with PyMOL 1.7. It does not work with PyMOL 1.3. Here are manuals on how to install it on Mac or Windows.

How people got it to run...

"I installed Pymol 1.5 via MacPorts. After putting pyperclip in the python 2.6 library folder, I then downloaded mtsslWizard and used the plugin installer to incorporate it. This was very simple and trouble-free."

Distances and a histogram are directly copied to the clipboard or written out to a file. The result file contains 4 columns:

If you find this program useful, please cite this paper:

It also contains detailed informations about the program, examples and a discussion of limitations of the approach.

Thanks to Jason Vertrees and Thomas Holder for some programming tips.