Difference between revisions of "Isomesh"

isomesh creates a mesh isosurface object from a map object. 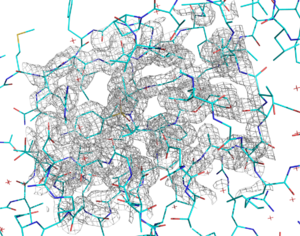 Output from the 2nd example

If the mesh object already exists, then the new mesh will be appended onto the object as a new state (unless you indicate a state).