eMovie is the most user-friendly way for users to create movies in PyMOL (even inexperienced users). Users interact with a user-friendly eMovie GUI that does not require typing commands into PyMOL. 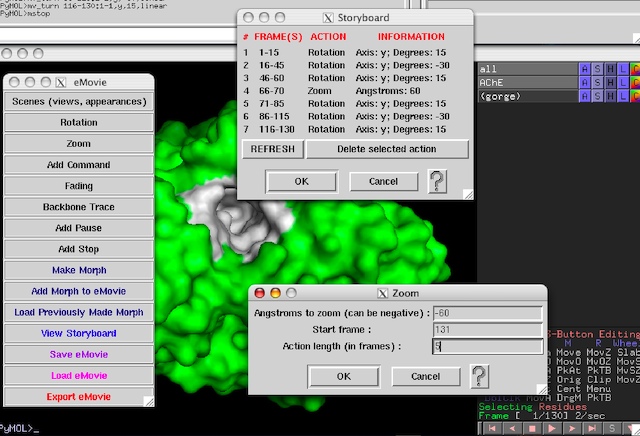